Hydraulic equipment is used in tankers, marine lifts, trailer carriers and large and small winches in ships. To move and move large objects in the maritime industry, enormous force is needed. The most important known force today that provides this feature with the least amount of space occupancy is the force generated by hydraulic principles.

Among the hydraulic equipment in the offshore industry are

Dredging is a method of digging underwater or part of it in shallow or ocean waters. Dredging enables waterways and ports to be navigable and plays a role in shore protection, land reclamation and beach redevelopment by collecting sediment and transporting it to other areas.

This device is used to flatten the bottom of seas and rivers, it is one of the most powerful types of CUTTER-SUCTION cutter dredgers, which has the ability to stir the mud on the bottom of the waters and even crush larger underwater pieces. .

This operation is performed by the cutting blades installed in front of the machine. The enormous rotational force (torque) of the dredge cutterhead is transferred to it by large hydraulic motors installed on the cutter gearbox. Each of these hydraulic motors, which are usually radial piston type, requires a large volume of hydraulic oil for each round of its rotation. They have (about 3000cc/rev to 6000cc/rev) and this makes them convert the oil power transmitted through hydraulic pumps into a huge torque with a hydrostatic power transfer (by hydromotors).

It is worth mentioning that in large dredgers, several hydromotors transmit their power to the gearbox at the same time, which makes the output torque much larger. 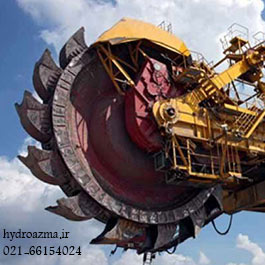 Hydraulic systems in the mining industry are widely used in a variety of applications. 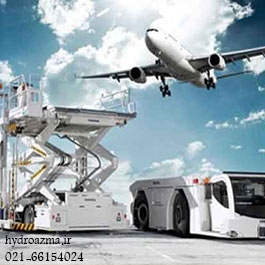 In the aerospace industry, the pilot helps to control landing gear, jumpers, vertical 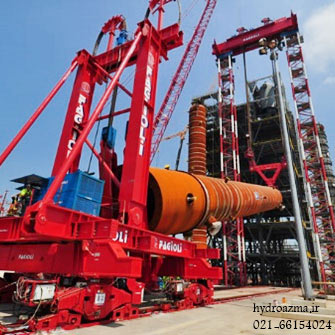 In reciprocating compressors in the oil and gas industry, the compressor is powered by a turbine

We answer your questions Cancel reply 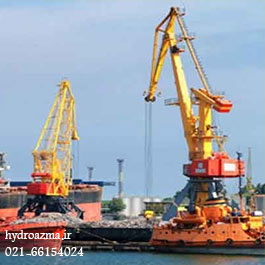